You are here:
After A Car Accident 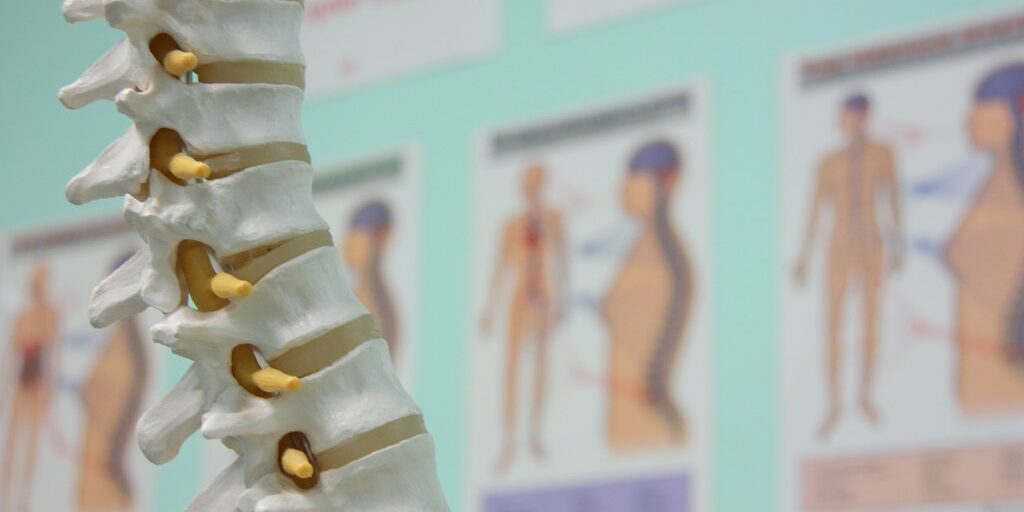 Some people have a misnomer of herniations is worse than bulging. If you could just kind of talk to us through that a little bit. – Yeah, there’s a lot of confusion that in rear-ending injuries that the basic mechanism is what we call a flexion-extension injury where the initial motion of the patient is forward with a backlash where there are two very common injuries. One to the ligaments that support the neck and to the disks that is separate the vertebrae in the neck. In those, we see what is common as seen as disk, or heard as, disk herniations, but the level, the severity, of that herniation is what prompts the severity of the symptoms. So a radiologist read a disk herniation in different ways which can be confusing. 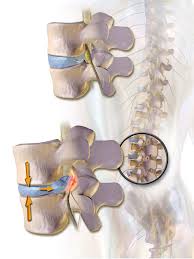 In general, a bulge is a step prior to a herniation. So it’s a very small herniation that is typically not causing symptoms, but that is not always true. Many times a disk bulge can cause symptoms of neck pain and sometimes pinched nerves in the neck that cause pain down the arms or into the head. A herniation can be divided into either a protrusion or an extrusion. Now to continue on that of course, but what exactly, and definitely go into the protrusion and extrusion things like that, but what exactly for everybody out there that don’t know what herniation even is, is that the disk that comes out of place?

Let me show you this cause I like to show it. I don’t know if I can show the camera, but in the spine there are vertebrae. This is what you touch in the back. Whenever you touch the back of your neck you touch this part of the spine. The bones in between are separated by a structure that is mostly a gel. Designed for cushioning between the bones, and they are supposed to be fairly aligned with the edges of the bone. A herniated disk is when that gel comes out of place, typically backward where the nerves  Are coming out of. Hence creating pain going down your arms or something like that correct? And so that’s what a herniated disk is. What exactly is a bulge then? It’s just used in small herniation?⁣- Well, a bulge is typically a smaller herniation. Then when a herniation is a protrusion versus an extrusion what that typically means is a disk can herniate moving completely out or it can break.

A Tear in the Fibers

There can be a tear in the fibers of the disk and that gel comes out almost free-flowing into where the spine and the nerves are. And an extrusion is typically considered the most severe form of a disk herniation. Logically I would imagine if the gel or the liquid is coming out it would cause pain, but why does it cause pain? Is it because, well is it because it’s hitting the nerve roots or what? Why does it? – Two main reasons. One, the mechanical aspect of the disk pinching against the nerve, so it’s just pushing against it. It’s making this nice and big hole very small. And the other one is that a herniated disk is very inflammatory. It’s very warm and red. It’s angry. ⁣Everything it touches it causes it to be red and angry as well. So when the disk barely touches the nerve it can also cause the nerve to be very irritated and cause pain. That’s why even small herniations that do not appear to be impinging mechanically on a nerve can still cause a lot of pain. Call 813.421.3411 for help.

Should I Get Paid for Pain and Suffering?
January 1, 2020

Do you Really Need an Attorney After an Accident?
December 23, 2019

I’m a Passenger in a Car Accident and I have my Own Car Insurance
December 19, 2019

What Is The Next Process You Have To Do After A Car Accident?
November 18, 2019

Who Is Going to Fix Your Car After an Accident?
November 15, 2019
Recent Articles
Articles by Topic
Have a Question or Need Legal Advice?
E-mail us and we will get back to you. Do not send any sensitive information over the internet.
Go to Top